Companies that have spilled oil, carcinogens and dangerous bacteria into lakes, rivers and other waters are not being prosecuted, according to Environmental Protection Agency regulators working on those cases, who estimate that more than 1,500 major pollution investigations have been discontinued or shelved in the last four years.

The Clean Water Act was intended to end dangerous water pollution by regulating every major polluter. But today, regulators may be unable to prosecute as many as half of the nation’s largest known polluters because officials lack jurisdiction or because proving jurisdiction would be overwhelmingly difficult or time consuming, according to midlevel officials

About 117 million Americans get their drinking water from sources fed by waters that are vulnerable to exclusion from the Clean Water Act, according to E.P.A. reports but midlevel E.P.A. officials said that internal studies indicated that as many as 45 percent of major polluters might be either outside regulatory reach or in areas where proving jurisdiction is overwhelmingly difficult

Cannon Air Force Base near Clovis, N.M., for instance, recently informed E.P.A. officials that it no longer considered itself subject to the act. It dumps wastewater — containing bacteria and human sewage — into a lake on the base.

More than 200 oil spill cases were delayed as of 2008, according to a memorandum written by an E.P.A. official and collected by Congressional investigators. And even as the number of facilities violating the Clean Water Act has steadily increased each year, E.P.A. judicial actions against major polluters have fallen by almost half since the Supreme Court rulings, according to an analysis of E.P.A. data by The New York Times.

The Clean Water Act does not directly deal with drinking water. Rather, it was meant to regulate the polluters that contaminated the waterways that supplied many towns and cities with tap water.

The two Supreme Court decisions at issue — Solid Waste Agency of Northern Cook County v. United States Army Corps of Engineers in 2001 and Rapanos v. United States in 2006 — focused on the federal government’s jurisdiction over various wetlands. In both cases, dissenting justices warned that limiting the power of the federal government would weaken its ability to combat water pollution.

In 2007, for instance, after a pipe manufacturer in Alabama, a division of McWane Inc., was convicted and fined millions of dollars for dumping oil, lead, zinc and other chemicals into a large creek, an appellate court overturned that conviction and fine, ruling that the Supreme Court precedent exempted the waterway from the Clean Water Act. The company eventually settled by agreeing to pay a smaller amount and submit to probation.

Check out our PRODUCTS on how to combat these issues. 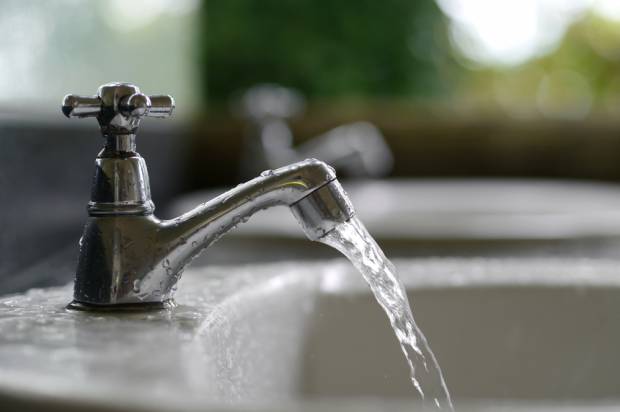 There are many environmental concerns connected to the proliferation of domestic gas and oil drilling. One specific concern is the spread of chemicals used in the drilling process into drinking water aquifers.

California has taken notice and shut down the activities of gas and oil companies aquifers in Central Valley over fears that they may have contaminated aquifers with fracking fluids and other toxic waste from drilling operations. The state’s Division of Oil, Gas and Geothermal Resources earlier this month ordered seven energy companies to stop injecting wastewater in certain wells, claiming that the practice “poses danger to life, health, property, and natural resources.”

ProPublica has the full scoop:

The problem is that at least 100 of the state’s aquifers were presumed to be useless for drinking and farming because the water was either of poor quality, or too deep underground to easily access. Years ago, the state exempted them from environmental protection and allowed the oil and gas industry to intentionally pollute them. But not all aquifers are exempted, and the system amounts to a patchwork of protected and unprotected water resources deep underground. Now, according to the cease and desist orders issued by the state, it appears that at least seven injection wells are likely pumping waste into fresh water aquifers protected by the law, and not other aquifers sacrificed by the state long ago.

“The aquifers in question with respect to the orders that have been issued are not exempt,” said Ed Wilson, a spokesperson for the California Department of Conservation in an email.

A 2012 ProPublica investigation of more than 700,000 injection wells across the country found that wells were often poorly regulated and experienced high rates of failure, outcomes that were likely polluting underground water supplies that are supposed to be protected by federal law. That investigation also disclosed a little-known program overseen by the U.S. Environmental Protection Agency that exempted more than 1,000 other drinking water aquifers from any sort of pollution protection at all, many of them in California.

Those are the aquifers at issue today. The exempted aquifers, according to documents the state filed with the U.S. EPA in 1981 and obtained by ProPublica, were poorly defined and ambiguously outlined. They were often identified by hand-drawn lines on a map, making it difficult to know today exactly which bodies of water were supposed to be protected, and by which aspects of the governing laws. Those exemptions and documents were signed by California Gov. Jerry Brown, who also was governor in 1981.

State officials emphasized to ProPublica that they will now order water testing and monitoring at the injection well sites in question. To date, they said, they have not yet found any of the more regulated aquifers to have been contaminated.

We at Evolution Healthworks understand that there’s a growing problem with water contamination across the country. Check out our solutions to ensure you and your loved ones are getting the healthiest water. 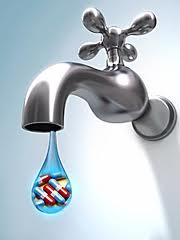