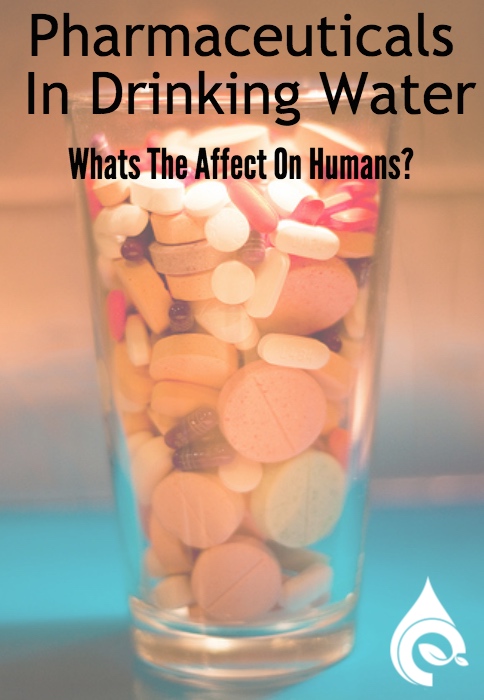 Pharmaceuticals – the wide range of medications prescribed for any number of ailments and conditions – may have some dangerous side effects that aren’t listed in the fine print.

A vast array of pharmaceuticals including antibiotics, anti-convulsants, mood stabilizers and sex hormones have been found in the drinking water supplies of at least 41 million Americans, an Associated Press investigation shows.

Water providers rarely disclose results of pharmaceutical screenings, unless pressed, the AP found. For example, the head of a group representing major California suppliers said the public “doesn’t know how to interpret the information” and might be unduly alarmed.

The issue here is that water utilities do not yet have the infrastructure to adequately test and filter these “emerging contaminants,” but recent studies have shown some glaring concerns that suggest we might want to tackle this issue soon.

How do the pharmaceuticals get in our drinking water?

And while researchers do not yet understand the exact risks from decades of persistent exposure to random combinations of low levels of pharmaceuticals, recent studies which have gone virtually unnoticed by the general public have found alarming effects on human cells and wildlife.

In several cases, officials at municipal or regional water providers told the AP that pharmaceuticals had not been detected, but the AP obtained the results of tests conducted by independent researchers that showed otherwise.

For example, water department officials in New Orleans said their water had not been tested for pharmaceuticals, but a Tulane University researcher and his students have published a study that found the pain reliever naproxen, the sex hormone estrone and the anti-cholesterol drug byproduct clofibric acid in treated drinking water.

In the United States, the problem isn’t confined to surface waters.

Federal scientists who drew water in 24 states from aquifers near contaminant sources such as landfills and animal feed lots found minuscule levels of hormones, antibiotics and other drugs.

Our bodies may shrug off a relatively big one-time dose, yet suffer from a smaller amount delivered continuously over a half century, perhaps subtly stirring allergies or nerve damage. Pregnant women, the elderly and the very ill might be more sensitive.

And while drugs are tested to be safe for humans, the timeframe is usually over a matter of months, not a lifetime. Pharmaceuticals also can produce side effects and interact with other drugs at normal medical doses. That’s why aside from therapeutic doses of fluoride injected into potable water supplies pharmaceuticals are prescribed to people who need them, not delivered to everyone in their drinking water.